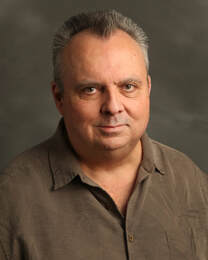 Journalist, author, and editor Daniel Durchholz's books include Rock 'n' Roll Myths: The True Stories Behind the Most Infamous Legends, Neil Young: Long May You Run - The Illustrated History, and MusicHound Rock: The Essential Album Guide. He is a former editor at Replay and Request magazines, STLtoday.com, and the Riverfront Times. As a freelance writer, he has contributed to books including Dylan: Disc by Disc, The Ties That Bind: Bruce Springsteen from A to E to Z and various MusicHound Essential Album Guides;  newspapers including the St. Louis Post-Dispatch, the Chicago Tribune, the Minneapolis Star-Tribune, the Washington Post, the San Francisco Chronicle and the St. Louis Jewish Light; magazines including Rolling Stone, Billboard, Stereophile, Guitar One, Guitar, St. Louis, and St. Louis Cardinals Gameday; and numerous other publications and websites. On the airwaves, he has been heard delivering music news and reviews on radio stations KMOX and KTRS. He has taught a course in the history of rock 'n' roll at Webster University and courses in English at St. Louis Community College - Meramec and East Central College. He lives in Wildwood, MO, with his wife and four children.