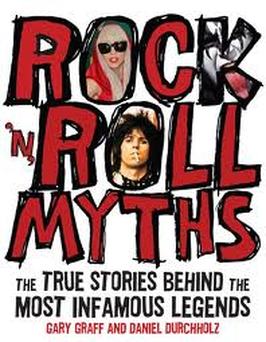 Beginning with the apocryphal tale of blues legend Robert Johnson selling his soul at the crossroads, veteran music journalists Gary Graff and Daniel Durchholz take on the real stories behind rock’s biggest crocks, half-truths, and too-strange-to-be-false myths and legends, examining how and why these tales came to be in the first place and how they have persisted through the years. Of course there’s sex (Did members of Led Zeppelin pleasure a groupie with a mud shark in a seaside Seattle hotel?), drugs (Did the Beatles spark a spliff in Buckingham Palace?), and rock ’n’ roll (Does Pink Floyd's The Wall sync up to The Wizard of Oz?). But there’s also the quasi-medical (Rod Stewart and that stomach pump, Marilyn Manson’s spare rib), the culinary (Alice Cooper and chickens, Ozzy Osbourne and bats, Frank Zappa and . . . well, never mind), the downright silly (McCartney dead? Morrison, Elvis, and Tupac alive?), and even a few doozies that appear to have at least a kernel of truth to them (Keith Richards taking a bump of his dearly departed dad’s ashes, Van Halen and those brown M&Ms, and blood in the ink of the KISS comic book). In all, the authors examine 57 enduring yarns, in the process revealing the machinations of myth-making in the fast and furious world of rock, country, and pop.
______

“The book is surprisingly deep in coverage, tackling more than 50 myths, urban legends and stories over a cross section of genres, everything from Kiss and Donna Summer to the Ohio Players and Sid Vicious.” - Blurt 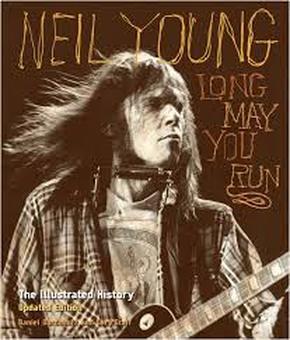 For more than 40 years, Neil Young has been described variously as brilliant, confounding, ruthless, mercurial, and enigmatic. Veteran music journalists Daniel Durchholz and Gary Graff, together with Voyageur Press, offer visual tribute to Young's storied career and influence. From his earliest days on the Canadian folk and rock scenes through his tenures with Buffalo Springfield and CSNY and his many solo efforts backed by bands including the Stray Gators, the International Harvesters, and, of course, Crazy Horse, Durchholz and Graff cover every aspect of Young's long and varied career. A wealth of photographs--many rare or previously unpublished--along with memorabilia from around the globe, exclusive quotes from admiring musicians, an extensive discography, and sidebars examining Young's various passions result in a visually stunning tribute that dares to document a towering figure whose influence cannot be denied.
_____

“Neil Young: Long May You Run: The Illustrated History by veteran rock journalists Daniel Durchholz and Gary Graff is -- without a doubt -- pretty much of an essential item for the Neil Young library. The first impression one gets from leafing through the pages is the high quality of the printing and presentation by the publisher Voyageur Press. It's a coffee table type of book with 224 large pages, nice grade paper stock, and fine reproductions of photos and memorabilia. It would seem that for even those Neil fans who've read everything from Jimmy McDonough's Shakey: A Neil Young Biography to the Neil Young Archives book will find something new and eye catching in The Illustrated History….the book will certainly hold a lot of surprises and revelations for the more casual fan. In fact this is the type of book you hand someone who says "I just don't get Neil Young." -- Thrasher’s Wheat

This 224-page tome, painstakingly assembled by rock journalists Daniel Durchholz and Gary Graff, compiles tons of photos (many never before seen) and detailed insights on grunge godfather Neil Young's seven-decade spanning career. From his earliest days with the Mynah Birds (a band that also featured Rick James!), to his hit-making days with Buffalo Springfield and Crosby, Stills, Nash & Young, to his genre-hopping solo works, to his current status as an activist and vital living legend (you can catch him on tour all summer long), Long May You Run leaves no stone (or riff) unturned. -- Maxim.com

Flipping through Long May You Run: The Illustrated History -- a picture perfect documentation of Neil Young's musical story and beyond is the equivalent of listening to his music in an altered state. At times, it can be overwhelming. Daniel Durchholz and Gary Graff's love of Young as a person and his cultural contributions is the force of nature behind LMYR's lush 224 pages, the team effectively creating one of the best coffee table books ever. You want rare and vintage photos? Check. Reproductions of classic posters and various memorabilia? Check. A precise discography that includes 41 studio and 6 live albums, plus discussions of Young's music by his contemporaries and notable connoisseurs? Of course, it's all here.

Durchholz and Graff's hard cover documentary anthologizes virtually every important moment from Neil Young's Buffalo Springfield tenure (actually, earlier) through his days with Crosby, Stills, Nash & Young, his solo career, and beyond….if you've forgotten any of the reasons why he remains this important an icon, check out virtually any page of LMYR for your mandatory memory jog as you savor each visual of this perfect tutorial on more than 40 years of Young's long run.  -- The Huffington Post 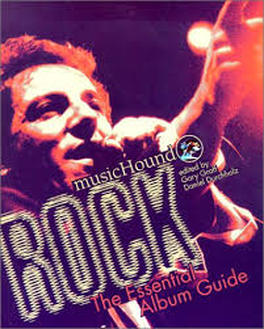 What weighs as much as a pig’s head, discusses the work of 1,999 rock acts and promises to try to prevent you from ever buying a lousy rock CD ever again?  It’s a no-brainer: MusicHound Rock: The Essential Album Guide 2nd edition (Visible Ink Press, $26.95). That’s right, the award-winning book that launched the unanimously praised MusicHound series (seven genre-specific volumes now in print) has been beefed up, updated, and completely made over to stand as a peerless guide to the most popular of music genres.

Encyclopedic in its coverage, historic in its perspective, and packed full of photos, MusicHound Rock is a music lover's best friend, an irreplaceable buying guide that reviews 20,000 CDs from the widest variety of rock acts to be found in a single volume. Each of the 1,999 entries in MusicHound Rock provides not only a biography of the act, but also offers concrete advice on what to buy first from the artist’s repertoire.  The entry goes on to advise what to buy next, what to avoid, and titles that are worth searching for (bootlegs, out-of-prints, etc.). The entries also look at influences for each of the acts, as well as the performers they influenced. It also offers a rating (one-to-five bones or "woof!" for the total losers) for each of the other CDs in the artist’s repertoire.

From rockabilly to grunge, from punk to disco, and from hip-hop to heavy metal, MusicHound Rock covers virtually every sub-genre of rock that has emerged in its half century of existence, including all of its “hyphenates” (country-rock, funk-rock, blues-rock).  Editors Gary Graff and Daniel Durchholz, both award-winning veteran music journalists, sought out a wide variety of contributors who could represent this full spectrum.  As a result, reviews were written by 132 of the most talented music writers from across the United States, including folks whose bylines regularly appear in Rolling Stone, Guitar World, ICE, USA Today, the Chicago Tribune, the San Francisco Chronicle, the Dallas Morning News, URB, Blues Access, Wall of Sound, CDnow, JamTV and other print and on-line publications.
_____
The best thing to come along since the Trouser Press series - insightful and, most important, a complete rock record guide. -- Fort Worth Morning Star-Telegram

This book should be required reading in any popular culture course on the planet - it's that good. -- The Star Wire 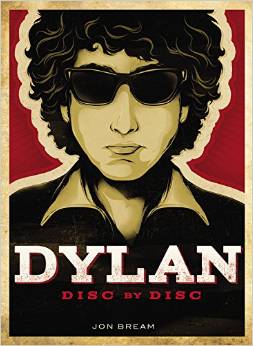 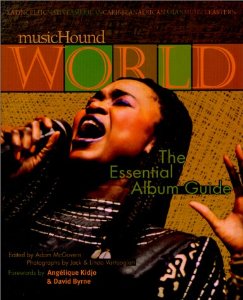 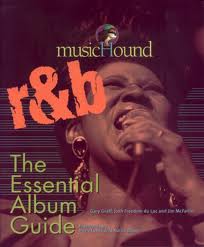 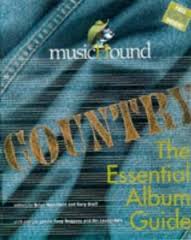 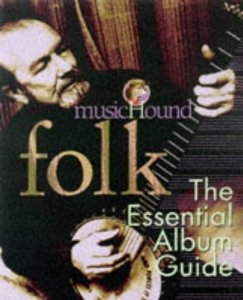 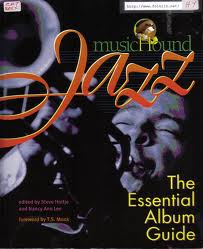 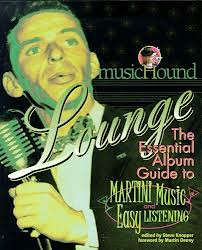 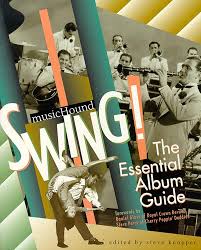