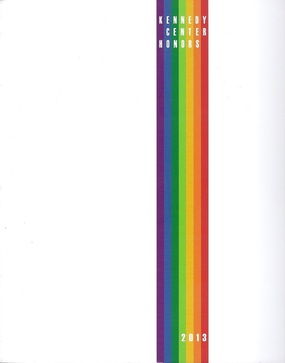 Carlos Santana believes in angels. Deep in meditation, he has felt their presence, communed with them, heard their words and written down their instructions. In the mid-1990s, the angel Metatron appeared to him and told him, “You will be inside the radio frequency for the purpose of connecting the molecules with the light.”

Santana’s subsequent album, which took him to the top of the charts and brought him back to the forefront of popular music after too many years in the wilderness, was appropriately titled Supernatural.

But even before that momentous visitation, connecting the metaphysical with the mundane had long been part and parcel of Carlos Santana’s very being and the focus of his musical mission. The song that introduced his then-unknown band to the world when it was played on the ’60s biggest musical platform – Woodstock – was, after all, called “Soul Sacrifice.” From that moment forward, as he melded Latin rhythms, blues, bebop, and straight-ahead rock into a sound uniquely his own, Carlos Santana has inhabited a special place on the soundtrack of our lives.

His story is one of trials and triumph on many levels, but it is, at the beginning, an immigrant’s story. Carlos Augusto Alves Santana was born in Autlán de Navarro, a remote town in the state of Jalisco, Mexico, which had neither electricity nor running water. The middle child of seven, he took up the violin at the age of five, taught by his father, a violinist in bands that played traditional Mexican son, and mariachi music. His grandfather and great-grandfather were musicians as well. The family moved to Tijuana, and by age eight, Carlos had also taken up the guitar. Before he was a teenager, he could be found busking on the streets for tips and later, playing in the border town’s sleazy nightclubs, though he continued to play violin in the church orchestra on Sunday mornings. A certain balance between the sacred and the secular, it seems, has always been a part of his life.

When the family moved again, this time to San Francisco, Carlos initially stayed behind, but eventually joined them and shortly thereafter became a U.S. citizen. Listening to the radio and records and hanging out in the clubs, he received revelation in the sounds of musical angels such as B.B. King, Miles Davis, Jimi Hendrix, Mike Bloomfield, Eric Clapton, John Coltrane, Chico Hamilton, and Gabor Szabo. By the mid-’60s, the San Francisco music scene exploded, led by groups such as the Jefferson Airplane, Big Brother & the Holding Company, and the Grateful Dead. Carlos formed the Santana Blues Band, later shortened to just Santana, which landed a gig playing the city’s storied psychedelic nexus, the Fillmore.

Santana was at base, a blues-rock band, but with a difference. It had a conga player, lending the group an Afro-Cuban edge. In a sense, the band, which was diverse ethnically as well as musically, was emblematic of much that was coming together in America at that time. Fillmore impresario Bill Graham took the band under his wing and helped bring them into their own. He booked shows for them and handled business matters, but also got them to refine the loose-limbed jams that endeared them to Fillmore audiences into concise songs that could serve as radio hits. In one instance, he convinced them to cover Tito Puente’s “Oye Como Va,” a popular salsa number that would become an early Santana signature song.

Graham also used his promotional muscle to get Santana a spot on the bill at Woodstock, a staggeringly improbable gig for a band that had yet to release its debut album. Of course, no one knew at the time that Woodstock would stand out as a musical high-watermark of the decade, but Santana made the most of its time onstage. “Soul Sacrifice,” which was included in the Woodstock film and on the soundtrack album, became a star-making vehicle for the band, and earned Carlos himself instant guitar-hero status.

When Santana, the band’s debut album was launched, it went to No. 4 on the charts and sold two million copies, led by the hit singles “Evil Ways” and “Jingo.” A year later, Abraxas, spent a lengthy stretch at No. 1 and sold four million copies, thanks to signature tunes “Black Magic Woman,” and “Oye Como Va.” Another album titled Santana (eventually known as Santana III) also went to No. 1 and sold two million copies, bolstered by the hits “Everybody’s Everything” and “No One to Depend On.” Clearly, this was something new under the sun: a band that could jam with the best of them, but also featured extraordinary ensemble playing, percolating congas and timbales, and the grippingly human sound of Carlos Santana’s guitar.

That guitar sound – that warm, sustained tone that you know instantly upon hearing it belongs to Carlos – is, like Miles Davis’ trumpet, John Coltrane’s saxophone, or B.B. King’s beloved Lucille, as recognizable and individualistic as any sound in music. In brief, frenetic bursts or long, searing cries of ecstasy, it tells a story and connects emotionally as well as any voice or set of lyrics placed alongside it.

After its initial run of success, the original Santana band split. Carlos moved forward both musically and spiritually in the ’70s, ’80s and early ’90s, experimenting with meditative techniques and mysticism as well as jazz fusion and other musical forms. He collaborated with luminaries such as Buddy Miles, Alice Coltrane, John McLaughlin, Wayne Shorter, Willie Nelson, Bob Dylan, Jeff Beck, Aretha Franklin and John Lee Hooker. He kept the Santana band concept going as well, and while his albums were sometimes greeted with only moderate success, they were often critically acclaimed. Numerous great musicians have passed through the band’s various lineups, and there were still hits, including “She’s Not There,” “Stormy,” “Winning” and “Hold On.”

Then came the watershed success of Supernatural. Signing with Arista Records chief Clive Davis – who had shepherded Santana’s early success at Columbia Records – Carlos described to Davis his goal of not only connecting the molecules with the light, but once again connecting his music with a mass audience. With Latin pop ascendant at the time, Davis conceived of wedding the classic Santana sound to songs written by some of contemporary music’s biggest stars, including Matchbox Twenty’s Rob Thomas, Wyclef Jean, and Dave Mathews, among others. The result was an album that debuted at No. 1, sold more than 22 million copies in the U.S. alone, and won nine Grammys, including Album of the Year and Song of the Year.

Carlos Santana was inducted, along with the members of the original Santana band, into the Rock and Roll Hall of Fame in 1998. Rolling Stone magazine placed him at No. 20 on its list of “100 Greatest Guitarists of All Time.” More than 20 of Santana’s albums have been certified gold or platinum, and he has sold over 100 million albums worldwide, won 10 Grammys, and three Latin Grammys. Santana is one of only two artists – the other being the Rolling Stones – to place an album in the Top 10 in every decade from the 1960s to the present. He was bestowed Billboard’s Century Award in 1996 and Billboard’s Latin Music Awards’ Lifetime Achievement Award in 2009.

He is an outspoken champion of human rights and a noted social activist and philanthropist, supporting non-profit programs for underserved children and youth in areas of arts, education and health via his Milagro (which translates as “Miracle”) Foundation.

Underlying all of it, however – the hardscrabble beginnings, the striving for success and spirituality, the heartbreak, the humility, the trials and triumphs – are three words that may sound like hippie platitudes from the streets of ’60s San Francisco, but which Carlos Santana has given a lifetime of effort to make real: peace, hope and love.